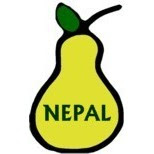 KATHMANDU, Sept 16: With indefinite suspension by some European countries and USA of adoption of Nepali children, Nepal Bal Mandir has stopped taking in new children.

The organization stopped taking new admissions a year ago as inter-country adoption was its biggest source of income. The non-governmental organization devoted to giving care to orphans says financial crisis compelled it to take such a step.

“Inter-country adoption is one of the main financial sources of our organization. Suspension by some European nations and USA of adoption of Nepali children has directly hits us,” Ramesh Bhumi, director of the organization, said.

The European countries and USA suspended adoption of Nepali children citing instances of forged documents and a case of a Nepali couple searching for their child who was put up for adoption without their consent.

With stoppage of income from adoption, the organization´s dues have piled up. The organization has to pay more than Rs 15 million to schools where its children study.

Dozens of children were adopted from the organization before western countries suspended adoption.

The organization gets 5,000 euros per child from a foreign national who adopt a child. “Now the collection from the foreign adoption is negligible,” Maharjan added.
The organization was able to send only 12 children to adoptive foreign parents in 2010. Before this, the number was almost four times.

After the suspension of adoption by many western countries, internal adoption has, however, increased.

According to Bhumi, students enrolled in various schools across the country are facing difficulty as organization has not able to pay fees on time.

“We have been facing problems re-admitting children, but we manage it somehow. Sometimes the schools do not give exam results to the children,” he said. The organization has been making special request to the schools to give the results and has been pledging to pay the dues soon.

Sponsorship is another significant income source of the organization. People from the abroad as well as Nepalis sponsor some children. They provide certain amount for their study and education.

The organization uses 75 percent of the total sponsored amount, while the remaining 25 percent goes into the personal account of the concerned child, which the child can use after passing SLC examination. Bhumi said that the organization is working to find sponsorship for more children.

Bal Mandir operates 11 child care centers across the country and around 500 orphaned children are getting shelter there.

Ethics, Transparency, Support
~ What All Adoptions Deserve.
http://www.pear-now.org/
Posted by PEAR at 8:59 AM